In partnership with SIFF Film Center, the 2014 Festival presents bold and local films throughout the entire weekend. Come join us in the Film Center and get inspired!

This year, the Festival’s Cultural Focus celebrates India and their culture! We will be exploring and sharing India’s ancient history, unique heritage steeped in traditional arts, and its people, many of which have traveled from the country of their origin to various parts of the world taking with them the message of their culture. Some of these experiences can be found in features films like: Sita Sings the Blues – directed by Nina Paley, The Lunch Box – directed by Ritesh Batra, The Sound of Mumbai : A Musical Documentary– directed by Sarah McCathy and One Track Heart: The Story of Krishna Daas – directed by Jeremy Frindel.

Sita Sings the Blues is a 2008 musical written, directed, produced and animated entirely by Nina Paley. This light-hearted version of the traditional Indian tale of Ramayana, a classic text in Hindu mythology, is cut up into four different artistic styles that blend together to convey the artist and directors own experiences, views, and perspective on the ancient Indian epic. The aspect of the story focuses on the relationship between Sita and Rama, gods incarnated as human beings, who even they can’t seem make their marriage work. Set in the 1920s, this satirically animated tale tells the story of Rama on his journey to save his wife Sita from the nearly invulnerable king of Lanka, Ravana. The entire movie is geared around Sita and Director Nina Paley and their misfortune with their unsuccessful romantic endeavors in a comical powerful way. Director Nina Paley describes it as “a tale of truth, justice and a woman’s cry for equal treatment”. 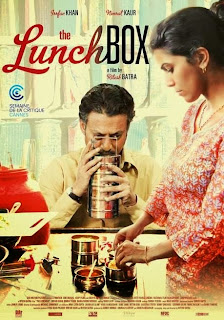 The Lunch Box is an extraordinary drama about love, loss, and yearning between two strangers who shares their feelings through romantic notes. The legendary Dabbawallahs of Mumbai, India, deliver millions of lunchboxes a day throughout the city. They pick up containers packed by housewives and using public transportation takes them to the husbands’ desks. This love story begins when lonely housewife lla (Nimrat Kaur) decides to try adding some spice to her stale marriage by preparing a special lunch for her neglectful husband at work. Unfortunately, the delivery goes astray and, unbeknownst to her, is mistakenly delivered to another office worker, Saajan (Irrfan Khan), a governmental employ, lonely widower and a grumpy old man who is getting ready to retire. Curious about her husband’s lack of response, lla adds a note to the next day’s lunchbox, and thus begins an unusual friendship in which Saajan and lla can talk about their joys and sorrows without ever meeting in person. 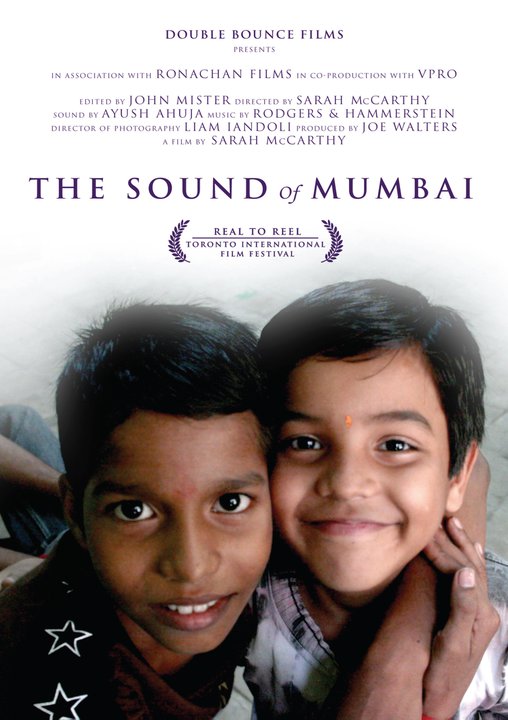 The Sound of Mumbai: A Musical Documentary, Director Sarah McCarthy

For one emotional night, a group of slum children in Mumbai, India, get a chance to experience a different world and fosters hope as their lives change forever as they perform, The Sound of Music with the backing of the Bombay Chamber Orchestra and with Austrian professor and conductor Johannis Steinwender .With the music of Rodgers and Hammerstein as an undercurrent, the film follows them into their homes, giving glimpses of hard lives with little prospect for improvement. Director Sarah McCarthy wisely pitches much of the film through the eyes of the young man, whose own pressure to succeed coupled with a pure enthusiasm is both heart-breaking and infectious. Regarded by his family as their last hope to rise out of poverty, charming 11-year-old boy Ashish, is given a small solo in the performance and invests considerable hope in what this will do for his future. With a sort of “Slumdog Millionaire” syndrome, Ashish constantly reminds himself in writing or by talking to himself in the mirror that he needs to stop feeling self-conscious and have the confidence in order to be successful. His natural charisma suggests that he could go far if given the right opportunity.

One Track Heart: Story of Krishna Das is a 2012 documentary about a young musician named Jeffrey Kagel in the 1970s, who walked away from the American dream of rock ’n’ roll stardom by turning down the lead singer slot in the band that would become Blue Oyster Cult. He sold all his possessions and moved from the suburbs of Long Island to the foothills of the Himalayas in search of happiness and a little-known saint named Neem Karoli Baba. The Story of Krishna Das follows Jeffrey Kagel’s journey to India and back, his struggles with depression and drug abuse, and his eventual emergence as Krishna Das—the world-renowned spiritual teacher, chant master and Grammy-nominated recording artist. Krishna Das is one of the most popular singers of Indian devotional music in the world. Layering traditional Hindu kirtan with instantly accessible melodies and modern instrumentation, this musicial genius has been called yoga’s “rock star.” This film reveals remarkably soulful voice that touches the deepest chord in even the most casual listener, and has taken the call-and-response chanting out of yoga centers and into concert halls, becoming a worldwide icon and the best-selling chant artist of all time.