Still in the reverie of the 2015 Northwest Folklife Festival? We are too!!

Listen to some of our favorite showcases like The Folk, Redefined showcase! This awesome Sunday afternoon showcase was sponsored by KEXP and included performers: Melville, Mindie Lind, Tomo Nakayama and OK Sweetheart!  Read more about these performers and listen to them now below! 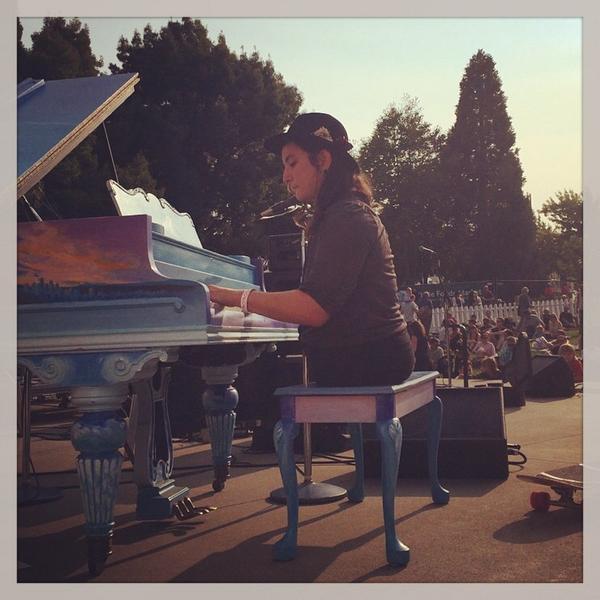 Heartbreaking psych twang with sweet, haunting vocal harmonies and tons of wobbly electric voodoo guitar  Inly’s warbley like a ship, steady like a train, and we like celebrating sadness with a kick-line choral hooks.

Tomo Nakayama is a multi-instrumentalist, singer, and songwriter from Seattle, Washington. His music has been praised by NPR, New York Times, and KEXP, and he has toured throughout the US and Japan at fests such as SXSW, CMJ, Sasquatch, and Bumbershoot. Fog On The Lens is his first solo album, made after nearly a decade fronting beloved Seattle chamber-pop band Grand Hallway, and composing for an acting in Lynn Shelton’s Sundance Grand Jury nominated film “Touchy Feely”.

Reminiscent of all the good things from mid-century pop, Erin Austin’s songs well crafted simplicity pulls influence from classics such as Harry Nilsson, The Beatles, The Zombies, and Randy Newman. OK SWEETHEART’s uniquely pop sound is the result of an eclectic collaboration between members of multiple bands included.

• Celebrating the arts and cultures of the greater PNW. #FindYourFolk

Kelli says the firefighters in the fire station th

🔴 Update regarding the Northwest Folklife Festi

This week, we will be sharing stories of occupatio